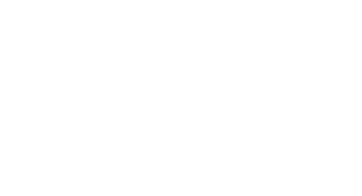 Jen Gerard knew one month in that her new business would be a hit. She had received numerous text messages from influencers throughout the weekend of a makeup convention in New York City. “Do you have one of these?” “I need it right now,” read frantic messages from women and girls who’d run out of or misplaced their lip gloss.

“When somebody loves the product that much, you know you have something.” -Jen Gerard

Gerard Cosmetics is a Los Angeles-based cosmetics company that’s built a cult following with its emphasis on color, vibrancy, and performance. In 2010, Gerard created and operated a mobile teeth whitening service. Off its popularity, Gerard expanded her line of products and named their home Gerard Cosmetics just four years later. Now, the brand has an international following.

Gerard is particularly proud that her company was among the first to include Black influencers as collaborators and men before it was more of a trend.
‍
“I feel like we put a brick in the road for that,” she said. “There are a lot more business deals. Mainstream brands are doing it. That was something that I adopted really early that other brands weren't doing.”

Gerard is not one to rest on her laurels. Business was already booming, but when Fast reached out to her to discuss installing Fast Checkout, she saw another opportunity to improve customer experience and grow sales.

The average checkout takes at least five steps, and includes filling out at least 14 form fields, totaling almost two minutes. With pay buttons, the average checkout time is 77 seconds. And that’s only if you know all the information by heart. Shoppers traditionally go through this process for every single purchase, so it would make sense that a whopping 70 percent of transactions are abandoned because checkout fatigue. Fast Checkout eliminates all that by securely allowing customers to check out and pay for items in one easy step. Taking a grand total of two seconds.

Ashley Ko, a sales development representative with Fast, showed Gerard a mock-up of the Gerard Cosmetics website and how it would work with Fast Checkout.

Gerard Cosmetics was one of the first sellers to install Fast Checkout, and now nearly a third of her sales are processed through Fast Checkout.

“As somebody with an e-commerce store, you're always looking for ways to raise your conversion rate,” Gerard said. “If my phone rings, or I'm trying to buy something at the website while I sit at the stoplight, and my phone's spinning, and I can't get through checkout before I have to take off, and the light turns green, I might forget. So I think if you make it easy for people to check out, people are less likely to abandon their cart.”

Customers are in store for a less hectic check out experience this holiday thanks to Fast, Gerard said.

“I feel like it's going to be a really good opportunity for a lot of our customers to get introduced to Fast Checkout that haven't seen it in the last two months they have been on the site,” she said. “People don't understand to some degree how precarious internet security is, but I think just knowing that your information is safe is so huge, especially around the holidays.”


It’s been exciting to watch the wide range of businesses installing Fast Checkout over the last couple months –– everything from solopreneurs to larger enterprises with $100M+ in annual sales. Stay tuned for more case studies at fast.co/stories.

Vanessa is on our customer success team which supports stores after they install Fast Checkout.

It's time to go Fast
Sign up for Fast Checkout today
Thank you! Your submission has been received!
Oops! Something went wrong while submitting the form.
Resources
Terms of Service
Privacy Policy
Resources
©2022 Fast AF, Inc.